My work with the Keeneland Concours d’Elegance took me to Nashville’s Carlock Motorcars last week.  As a full sponsor of the July 20, 2019 event in Lexington, Kentucky, Carlock Motorcars was kind enough to do a photo shoot with yours truly.  The featured marque at the Concours, all things Aston Martin will grace the elegant surroundings of Keeneland on that warm July day and as the event nears, excitement builds.

Honored to be part of this elite group of volunteers, the call to be photographed with beautiful Aston Martin autos was an easy “yes”.  As an automotive journalist though, I’m usually the one taking the pictures.  This role reversal was a bit intimidating.  I’ve never thought of myself as anyone who deserved more pictures than the token birthday, holiday and photo-bomb once in awhile.

Who will dress me?  My hair?  Makeup?  I’m a capable girl, it all fell to me, I can do this!  And so it began…my fifty and fabulous photo shoot.  I’m sure glad the cars were there and thank the Lord for Photoshop.

Enter Tanner Mashburn.  Full of vim and vigor, my photographer arrives after my meet and greet with Jenny Jackson, Sales and Marketing Director and Justin Timmerman, Aston Martin Brand Manager.  General Manager JR Roper welcomed me as well as we strolled around the magnificent showroom.  Pristine in marble and precise overhead lighting, the Astons were the feature. 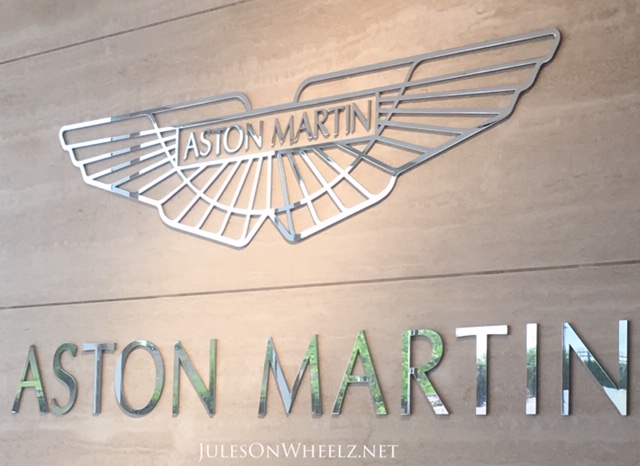 Each with its own set of characteristics, the DBS Superleggera stood out in it’s specs designed by Tanner. His eye for detail and creativity were clearly evident, I had no worries.

As the shoot began I remained casual in my Puma driving shoes, jeans and driving jacket.  Tanner and I jumped into a Vantage and took off, literally.  Its interior cradled me in sport luxury.  Controls were close and concise.  Driving was the focus with very little to distract us, can’t say the same for other drivers around us.

Tanner brought up a great point of how Aston Martins are unique on the streets of Nashville.  Everyone looks to see what’s coming and rubbernecking is par for the course.  They stir curiosity, emotion and sometimes some dust as most others are left in it thanks to their high performance DNA.

The brand’s legacy is chronicled in many publications and it’s history well known.  It all began in 1913 with Robert Bamford and Lionel Martin.  These two visionaries launched Aston Martin with an ideal and love for autos that has crossed generations.  Survival in the auto industry is a reality that few achieve, but thanks to the determination of Aston Martin and its brand navigators, the legend still lives.  Its character has survived.

With equal determination, I continue with my photo shoot and change outfits.  A little more ladylike this time.  A dress to match the Cobalt blue hue of the DB11 V8 Volante.  “Hair in the air like I just don’t care” became my mantra as we motored in the convertible cloud.  I felt like Princess Grace without her headscarf as Tanner took the ups, downs, and curves of the Volunteer State’s country offerings.  If you’ve never driven those roads in Kentucky or Tennessee, you’re missing something.

As we stopped near a vista where a white fence framed a beautiful meadow and hills in the background, a familiar pooch made his appearance to watch the show from the farmhouse nearby.  Apparently this was one of Tanner’s favorite photo ops and Fido was more familiar with Aston Martin than most.  Now with two pair of eyes staring at me plus the camera lens, I had an audience.  The Aston stole the show.  As I gazed at it in that setting, I forgot about the camera and our purpose for being on that country road and just stood there appreciating the emergent product that Robert Bamford and Lionel Martin might have envisioned. 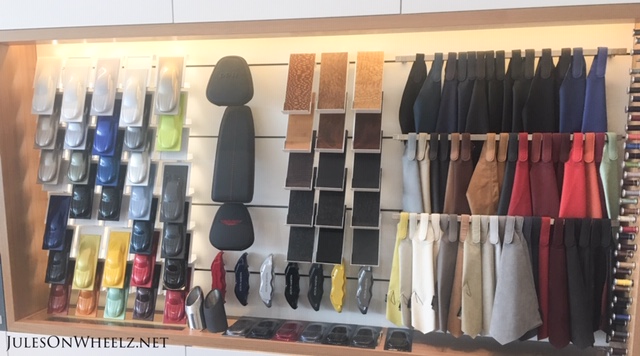 What the Astons wore became more important than what I did as we began to wrap up our session.  One more ride and a few photos in a new dress and we were done.

Looking back on the whole experience, I’m glad I had Tanner and the will to try something new.  The vision of the Keeneland Concours d’Elegance was supporting me as well.  No simple thanks can cover my appreciation for the opportunity they laid before me.

Where are the photos of you and the cars one might ask.

I think I may have broken the Internet, or at least crashed Photoshop.  It’s hard work turning JulesOnWheelz into JulesWithWheelz, JulesInWheelz, and JulesWishingSheOwnedThoseWheelz.

Don’t worry.  Tanner is a magician and photos will be emerging…like a butterfly.