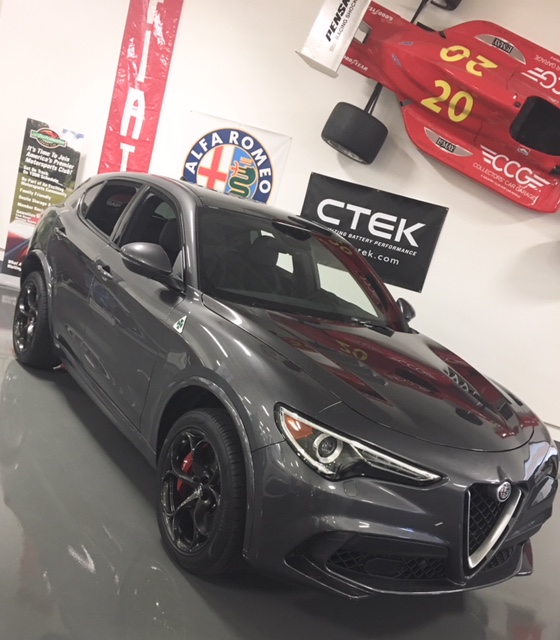 Alfa Romeo displayed all its finery in prime prom style at the inaugural 2018 meeting of the Midwest Automotive Media Association (MAMA).  MAMA Secretary, Kelly Enright, outdid herself with beautiful tables and centerpieces complete with information about the Alfa Romeo “Prom King”, the Stelvio Quadrifoglio. 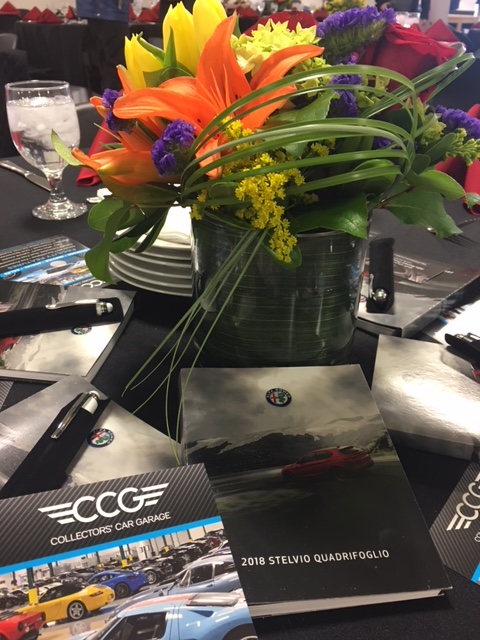 The venue was chosen carefully for this shindig, Collectors’ Car Garage in Chicago, IL. Preserve your treasured auto in a climate controlled, dustless environment.  Members enjoy social events, coordinated drives and breakfast events…sounds like prom!  Should your baby need detailing, an in-house staff is in place upon request. Locations in New York and Chicago provide patrons with shelter from those severe winters the Big Apple and Windy City are known for. 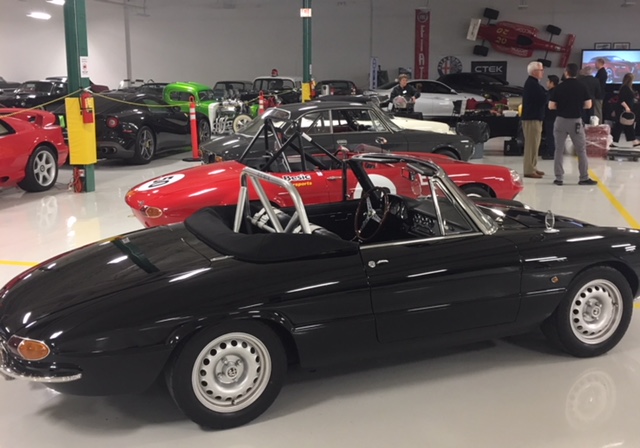 Pictures are a big prom deal.  The flashes were flying when classic Alfa Romeos were gracing the display area.  Appetites were whet with a 1969 Alfa Romeo GTV and 1986 Alfa Romeo Duetto present.  The bevy of historical Alfas brought realism to the fact that current day Alfa Romeo models are award-winning and as popular as their grandfathers were. 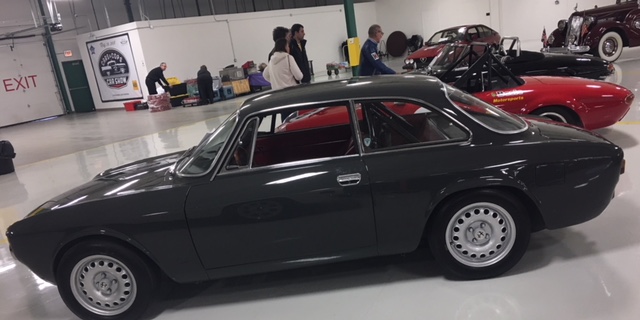 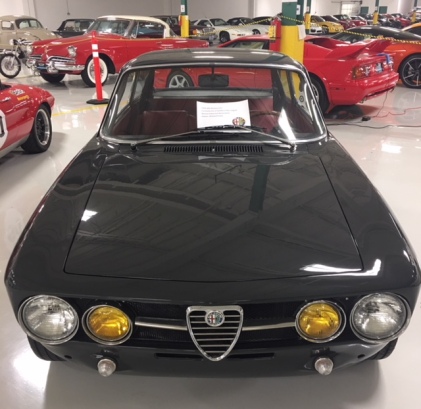 Introduced by the MAMA principal/president herself, Jill Ciminillo, Ben Lyon, Head of Product Marketing for Alfa Romeo spoke highly of the “Prom King”.  The Stelvio was named after a twelve-mile pass in the Italian alps.  The fastest production luxury SUV around the Nurburgring is another jewel in the crown of the “King”.   A 0-60 mph in 3.6 seconds and 505 horsepower add to the sparkle and finish adorning the crown with all the other added amenities of the Quadrifoglio. The “Queen” was present, Alfa Romeo’s Giulia, but bowed to the “King” at this meet-up.  She was glorious in white by the way… 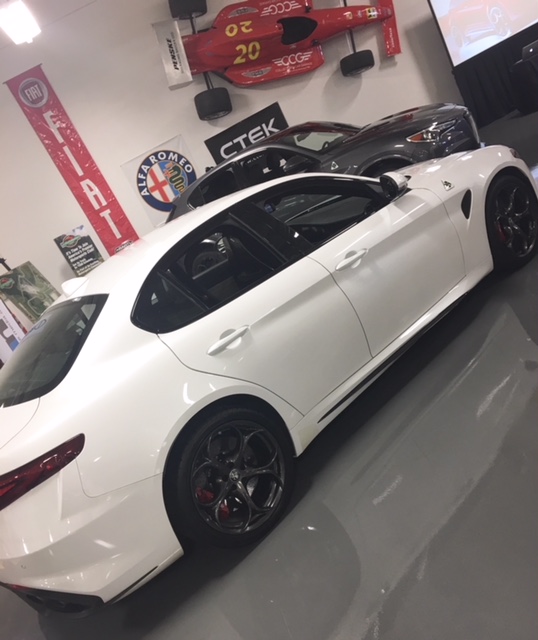 Not to be left out, the luxury interior of the Stelvio Quadrifoglio…Alcantara 12-way front seats with thigh support and cockpit-like console and dash. 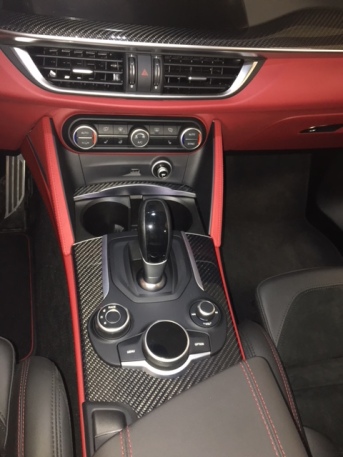 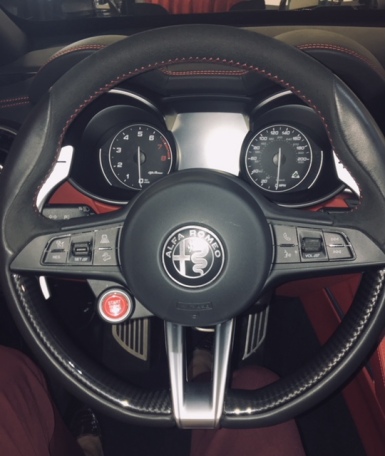 If you have an adolescent attending a prom, you know how important this rite of passage is in the life of a teenager.

The significant moments don’t end because of age.

Just ask those in attendance at the festivities in Chicago. Seeing fifty years of Alfas…that ranks right up there with prom.

The Stelvio is assembled at the FCA Cassino Plant, Cassino, Frosinone, Italy.