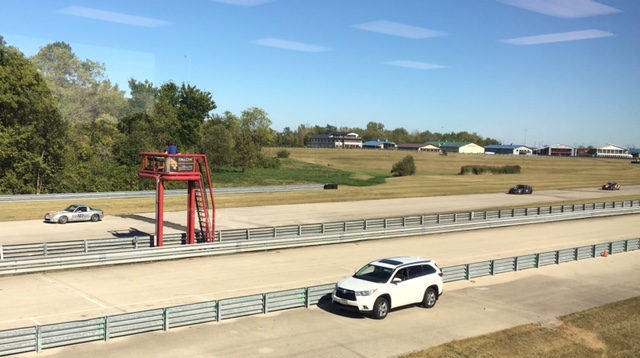 Time. It’s precious.  We never seem to have enough.  Can’t seem to see where it goes.  Its ability to fly especially when “having fun”, miraculous.

The thought of driving finely tuned machines around a closed track seems like a great way to spend a few hours on a Saturday right?  Well…wow…just wow.  What an understatement!

My time at the Autobahn Country Club in Joliet, IL turned from a desire to fulfillment the last day of September 2017.  The “Autobahn Experience” was one of the many events available for non-members to attend at the 1 1/2 mile track just southwest of Chicago.  Enthusiasm for sport isn’t limited to just golf for many.  Corporate events, member race clubs, instruction and race certification are all benefits of the Autobahn CC for auto enthusiasts.  Feeding their love of autos drives members to construct “garagemahals” to store their beauties and  may include a luxury condo.  Can you say infinity pool?  Yes…it’s coming.

On-site garages can design and build your race car for less than a set of Maserati ceramic brakes.  Mazda Miatas are the most popular.  Give them a call and they will have your car ready for racing when you arrive.

I’m amazed at the hum as I sit in the pre-driving instructional session with Brad Beall.  A Vietnam Veteran, Brad joined the Autobahn CC at its inception 13 years ago.   He started instructing that very first weekend and has ever since.  A Porsche 911 SC was his car of choice as he started racing at Autobahn CC.  Fellow drivers saw opportunity with SCCA spec Miatas which grew to over 30 in his tenure on track.

Drawn by an opportunity to assist his son at Tailwinds Distilling he retired his Miata after six years.  Having driven just about everything, the Porsche 918 is boss of the money list and for driving pleasure the McLaren 650S soars to the top of the chart.  His instruction wasn’t brief, but a top-notch simplified set of tips and physical illustrations on how to be successful on track:

Going fast has its own set of rules and when abided by, delightful things happen.  Brad blended physics with fun and cautions with comedy.  The stage was set.

The testosterone was flowing in the all male group, save yours truly, as Brad asked for a volunteer to go on the first run.  Cement shoes seemed to be the fashion trend for all, save moi, who quickly raised her hand and stepped forward with confidence.  “I came here to drive, let’s go!”  Blazing my own trail–that’s my style and one brave soul broke free of the concrete to be my driving partner.  Thank God for Lloyd.

Slipping into the cockpit of the red wonder spurred excitement.  I thanked Lloyd for being brave enough to ride shotgun and we were off. 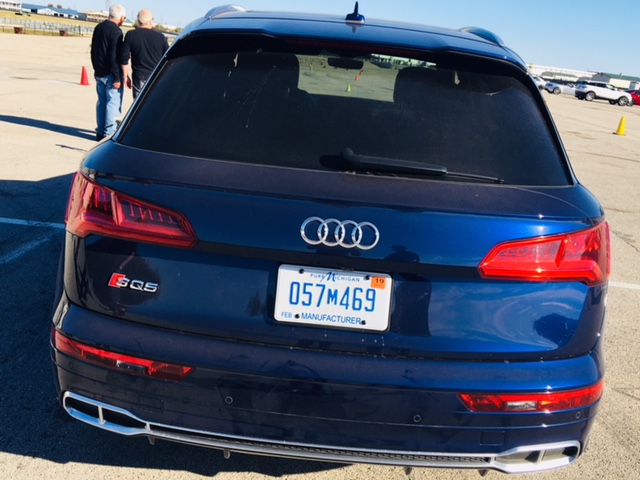 The cone-laden path drawn on the lot beckoned come and we did.  Swerving side to side on our practice run with Brad in the Audi Q5 was replaced with speed in the TT Turbo.  The lag was acknowledged and modified for.  Our run was clean and decent time-wise.  Now for the real thing.  Each driver had two tries and then switched.  This happened three times through the nine drivers present in our group.  The other nine had started on the track.  Winning times were in the mid-20s and I ended with a respectable 26.73 seconds…I kept up with the boys nicely.

Helmet in hand, the next leg of the journey began on the track.  Autobahn sported a winning lineup of rockets ready and able to entertain us for the next couple hours.

Waving me towards him, my newly minted driving partner Lloyd chose our first beauty…the Lexus LC 500.  I had seen this car in the lineup and it was one of the first I’d hoped to drive.  Lloyd and I, drawing from the same karma, claimed it for our own. Its sleek black lines and massive hood drew us in like a moth to the light…buckled in, our adventure began.

Handling like a dream I snaked along with the pace car and four others.  Brad’s tips fresh in my mind, I managed to hit the apex of most every turn and stay off the grass.  Staying off the GAS proved to be a bit more challenging as the Lexus was so responsive to my requests.  Its cockpit-like feel hugged my body and allowed my focus to be on operating the tight track rather than managing the speedometer.  The Lexus LC 500 fulfilled my mind’s-eye vision of balance and form…what a wonderful start.  What’s next?

The BMW M6 made its presence known now.  A bit tighter feel and staccato in response in comparison to the LC 500, but still a contender in its own right.  Being a sedan, it was higher and the sway more distinct in the turns.  Adjusting for this variation after a few tire squeals made for a rewarding entry into my M6 playbook.

Rounding out the third rocket on the race track was another Lexus.  The RC F wormed its blue hue into my heart immediately.  Both coupes from Lexus were a pleasure but this one was heaven.  Sport seating enveloped me with a firm but comfortable position that allowed for ultimate control.  Having driven the LC 500, it gave me a preview of what the capabilities of this roadster might hold.

I was pleased with the best being last.  Appreciation abounded for the RC F’s balance, responsiveness and eager to please symphony of technology at my fingertips.  Never was a motorcar more adored on a day filled with curves than the Lexus RC F in my driving diary.  It’s secrets revealed, the Lexus brand scurried up the ladder to being one of my favorite all-time drives thus far.  What a great buggy it was!

For the average Joe, or Josephine in my case, spinning around the same track over and over again might seem monotonous.  But tripping the light-fantastic in those finely tuned machines rates right up there with some of the most exciting, seat-of-the pants experiences I’ve had this side of Heaven.  It was definitely worth the helmet head… 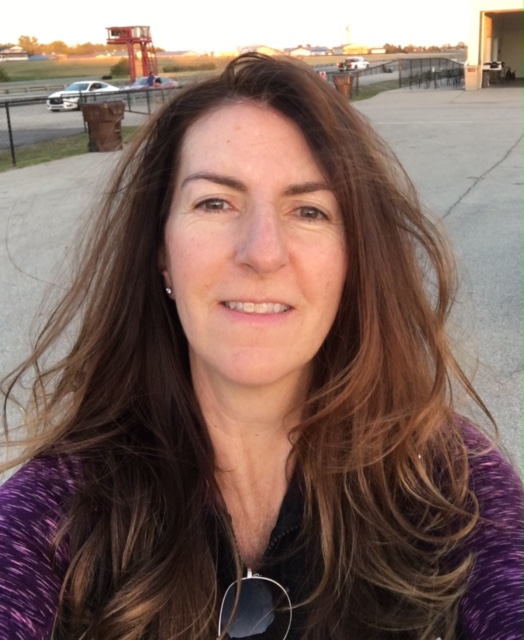